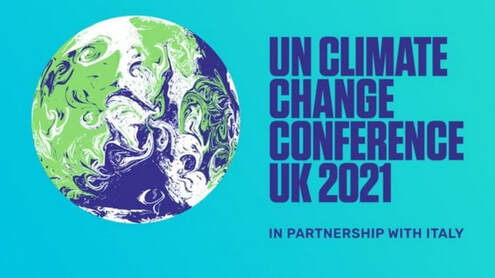 Climate Change
The dangers of climate change have perhaps never been so stark. In February 2021, Sir David Attenborough addressed the United Nations Security Council, and gave a grim warning of the severe consequences of climate change and urging the need for global action.

Over the coming months we will be hearing a great deal more about the issues in the run up to the United Nations Climate Change Conference which is being hosted by the United Kingdom. This global event, also generally referred to as COP 26 (Conference of the Parties), will take place in Glasgow between 1 and 12 November. It aims at accelerating action in working towards the goals and targets agreed at the previous conference held in Paris in 2015.

Local action is also being taken in our area. Leeds City Council declared a climate emergency in March 2019 and Wetherby Town Council has established a climate emergency group under the Chairmanship of Councillor Connor Mulhall. A number of initiatives have been introduced by the Boston Spa, Wetherby and Villages Green Group. Efforts are also being made by the Better Wetherby Partnership to promote green issues.

To learn more about climate change, a simple guide can be found on the BBC website at the link: https://www.bbc.co.uk/news/science-environment-24021772
​
A recent consultation has taken place regarding Climate Change initiatives in Leeds. Better Wetherby members did participate and the council has approved a plan to more than halve carbon emissions by 2025
​