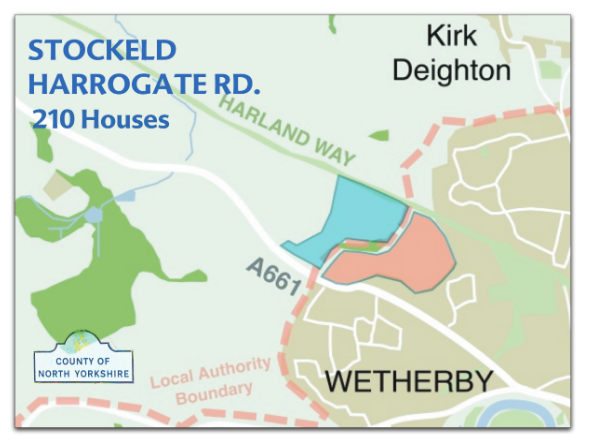 Stockeld Park / Spofforth Hill planning application.
Following a 2-year campaign, a protracted planning application to build 210 new houses on the North Yorkshire side of the boundary with Wetherby was finally refused.
This was welcome news for the people of Wetherby and surrounding villages and the culmination of a campaign that had many setbacks along the way.
Initially considered by the Harrogate Planning Committee in April 2018, the application attracted well over 300 objections. It was rejected by the Planning Committee in August 2018, but just a few weeks later on 25th September 2018, the application was taken back before the Committee who overturned their initial decision and approved the application.
Following a great deal of effort by Better Wetherby to have the decision reversed, Harrogate Planners reconsidered the situation and the Planning Committee voted unanimously on 17th September 2019 to refuse the application.
Hallam Land Management, the agents for Stockeld Park, then launched an appeal and the application became subject to a Public Inquiry in Harrogate between 17th and 20th December 2019. The outcome of that Inquiry was published in February 2020.


Details of this successful Public Inquiry are available here: