Back to Public Inquiry Page
BWP's case for potential draining of the Kirk Deighton SAC ​(Special Area of Conservation)
BWP believe that the Hydrological Report prepared by Hallam / Stockeld Park is deeply flawed and was not subjected to suitable review before being 'accepted' by Harrogate Borough Council and Natural England.  Our key claim is that infrastructure work on the proposed site will interrupt the natural drainage from the site, which we contend feeds the Kirk Deighton SAC/SSSI and is essential for maintenance of the Great Crested Newt habitat. Our belief is that approval of this appeal / application will have a serious impact on water levels and may lead to complete drying / dessication of the ponds within the Kirk Deighton SAC / SSSIlead to

Hallam / Stockeld Park replied with a 212 page rebuttal of our evidence, after requesting an extension of the deadline for submission to the Inquiry.  We did not have time to respond to this rebuttal, nor were we allowed full opportunity to present our case under cross examination at the Inquiry. We did however manage to identify that much of their evidence was based on two out-of-date and/or inaccurate maps.

We agreed to disagree on the fate of water from the proposed site, and prepared a summary position statement for the inspector to review.  We do note that the expert witness for Hallam / Stockeld park admitted under cross-examination that he was not a geologist, and had little/no experience of limestone hydrology. He was however still able to submit a technical review of their original report, which suggested an even lower risk of impact on the SAC??


​Hallam / Stockeld presented the following Geological Map, on page 195 of their rebuttal, claiming to show groundwater drainage, via dip in the bedrock, to the South East and ultimately to the River Wharfe.​​ 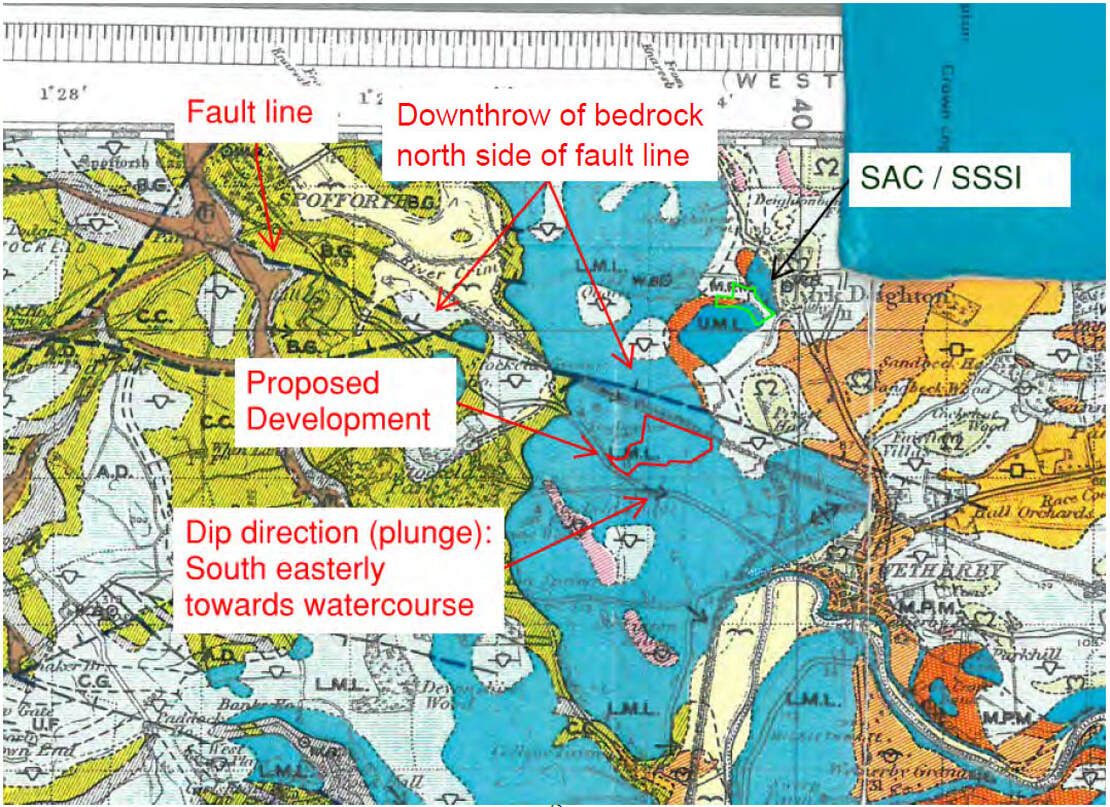 We provided an up-to-date map, as shown below.  This clearly indicates a North Easterly dip, which would direct groundwater directly to the Kirk Deighton SAC 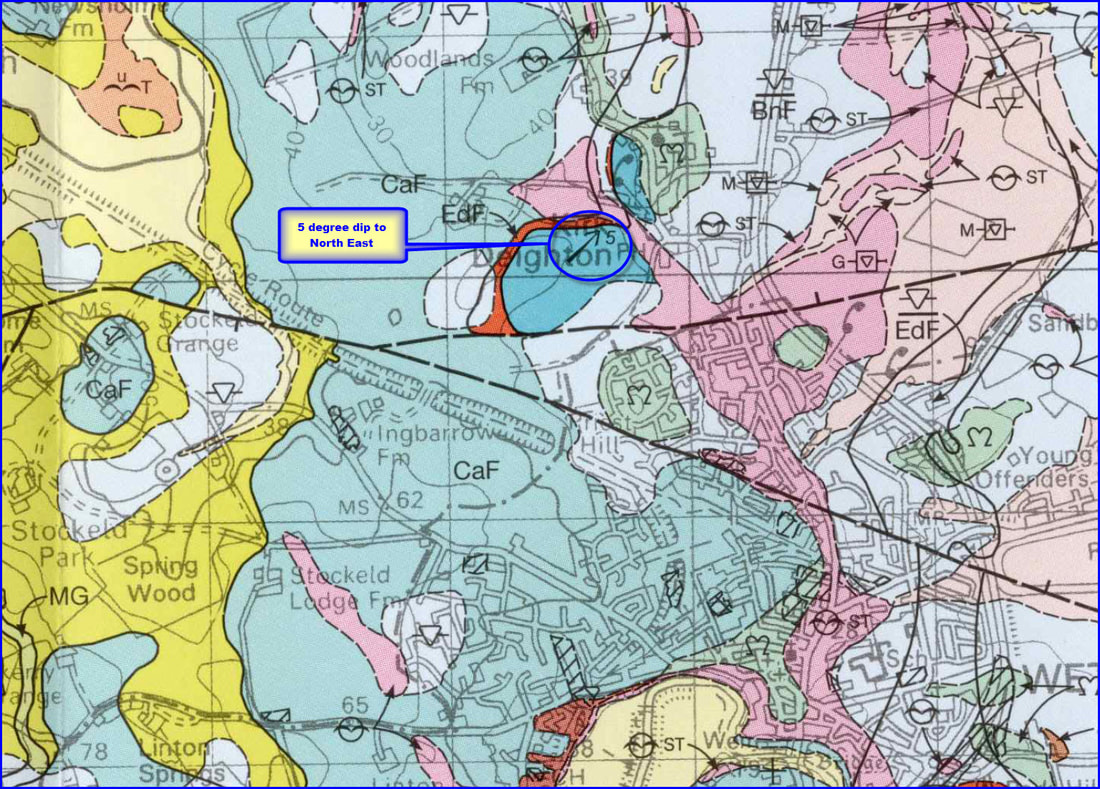 Hallam / Stockeld also showed the following representation of HBC Flood Risk Map 178, which they claimed to show there was no groundwater incursion into the SAC.​​ 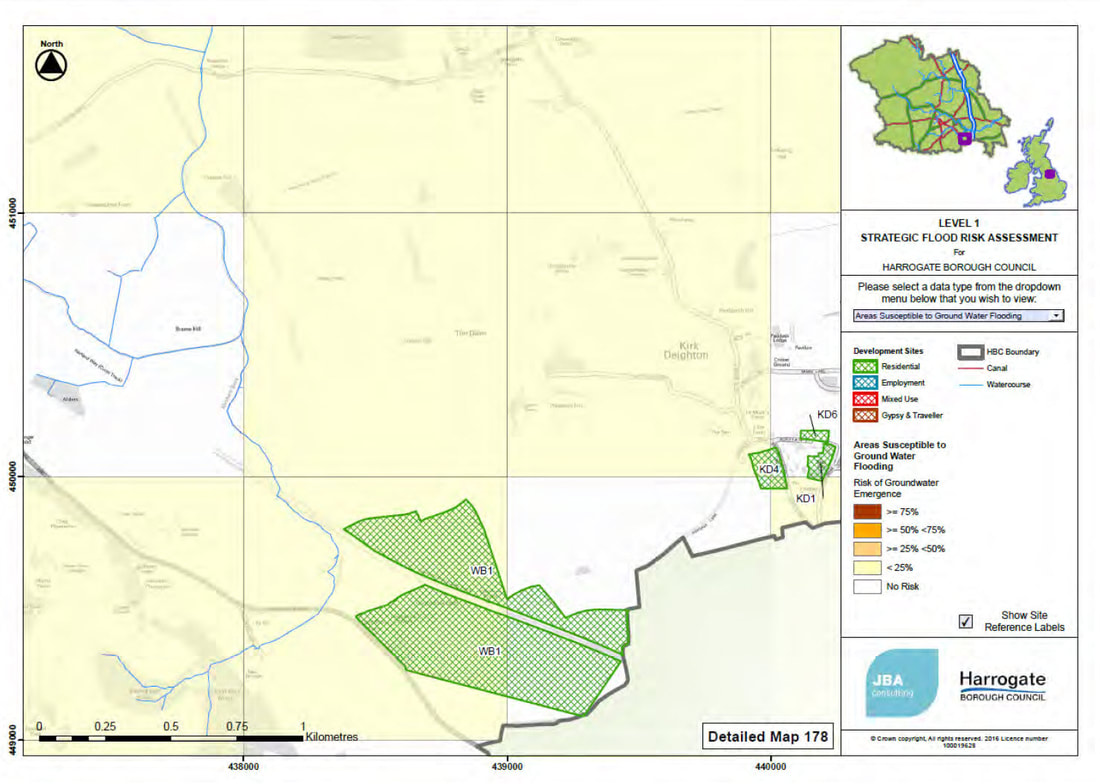 BWP presented the 'accurate' version of this map, which clearly indicates that the SAC has large areas near to it that are subject to ground water flooding.​​   See HBC Flood Risk Map 178  (or download from  https:/www.harrogate.gov.uk  to select all options) ​​ 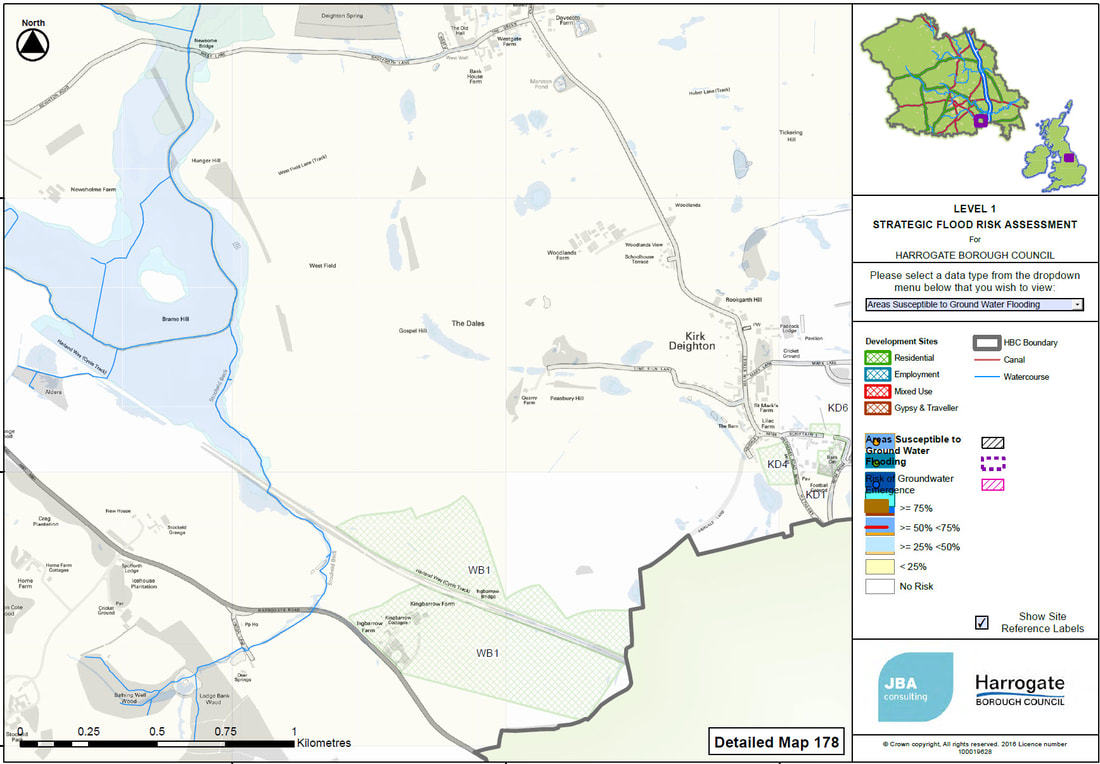